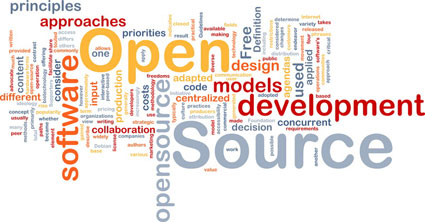 Like every healthy movement, the Social & Solidarity Economy (SSE) should have structures and tools that promote its principles and ensure its autonomy. Unfortunately, with regard to the tools it uses, it remains captive to the various ‘closed’ technologies it is supplied with by mainstream companies. To realize how important that is, one must take into account the crucial difference between open and closed technologies. What differentiates the former from the latter is the freedoms they provide to end users. A technology is considered ‘open’ when it gives users the freedom (a) to study it, (b) to use it any way they wish, (c) to reproduce it and (d) modify it according to their own needs. By contrast, closed technologies are those that restrict these freedoms, limiting users’ ability to study them, reproduce them and modify them so as to adapt them to their needs. That is precisely the advantage of open technologies from the perspective of end users: Whereas closed technologies limit the spectrum of possibilities of what end users can do, open technologies ‘liberate’ them, giving them the possibility to tinker with them and evolve them. Paradoxically, despite the fact that open technologies are greatly appreciated by the global technological community because of the freedoms they offer, the technology products manufactured and marketed by the vast majority of technology firms around the world are ‘closed’. This, of course, does not happen because of technological reasons: Most of these companies supply their clients with closed machines and tools simply because in that way they can easily ‘lock’ them into a relationship of dependence.

It is not hard to see why this type of client-supplier relationship is particularly harmful for SSE organizations, as it implies their dependence on economic agents with diametrically opposed values and interests. To put it simply, it is very difficult, if not impossible, for SSE organizations to evolve into a vehicle for the transition to a truly social economy when they are dependent on the above economic agents for the tools they need on a daily basis. Open technologies, on the other hand, may well be strategic resources for their autonomy and technological sovereignty. As Brazilian activist-philosopher Euclides Mance remarks [1], SSE organizations should turn to open design and free software tools (like the GNU/Linux operating system for computers) in order to extricate themselves from the relationship of dependence they have unwillingly developed with closed technology companies.

To find the tools which fit their needs and goals, SSE agents should turn to the ‘community’ itself: In most cases, the development and the transfer of open technology to the field of its application and end-use is carried out by collaborative technology projects with the primary aim of covering needs, rather than making a profit. A great example is that of Sarantaporo.gr [2] in Greece, which operates a modern telecom infrastructure of wireless networking in the area of Sarantaporo since 2013, through which more than twenty villages have acquired access to the Internet. The contribution of those collaborative projects – and that is crucial – is not limited to high-technology products, but extends to all kinds of tools and machines. A characteristic example is the Catalan Integral Cooperative [3] in Catalonia and L’Atelier Paysan [4] in France, which develop agricultural (open design) tools geared to the particular needs of small producers of their region.

The above examples show clearly the great potential of the SSE for positive change. However, for that to happen, it should have sufficient support structures for reinforcing its entrepreneurial action. That is where it is lagging behind. The SSE does not have structures analogous to the incubators for start-ups, the ‘accelerators’ and the liaison offices operating at most universities for the transfer of know-how to capitalist firms. Addressing this need is an area in which government policy could play a strategic role: In that regard, it is extremely positive that the recent action plan [5] of the Greek Government tries to combat this problem through the development of more than a hundred cooperatively-organized support centres for the SSE across the entire country by 2023. That is precisely the kind of impetus that the SSE needs in order to grow. Of course, the capacity of these centres to support the SSE technologically will be of decisive importance. Those are the structures that can and must make open technology accessible and user-friendly at local level, supplying the SSE organizations of their region with technology tools that promote the principles of the SSE and ensure its autonomy.

2 thoughts on “SSE and Open Technologies: A Synergy with Great Potential”

If you disable this cookie, we will not be able to save your preferences. This means that every time you visit this website you will need to enable or disable cookies again.